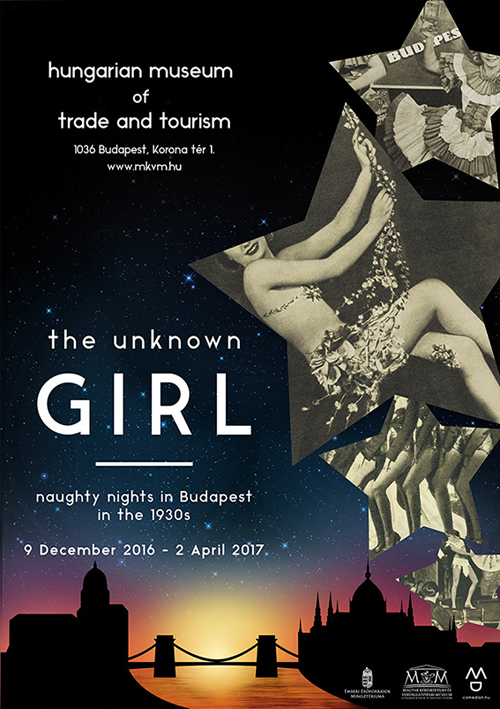 Hungarian Museum of Trade and Tourism 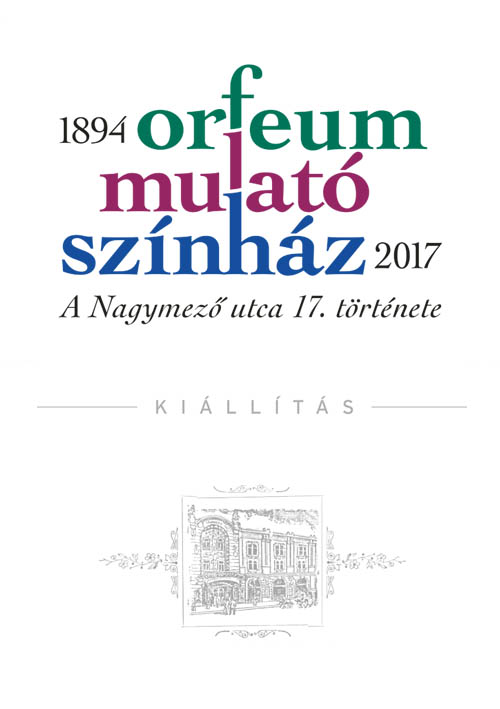 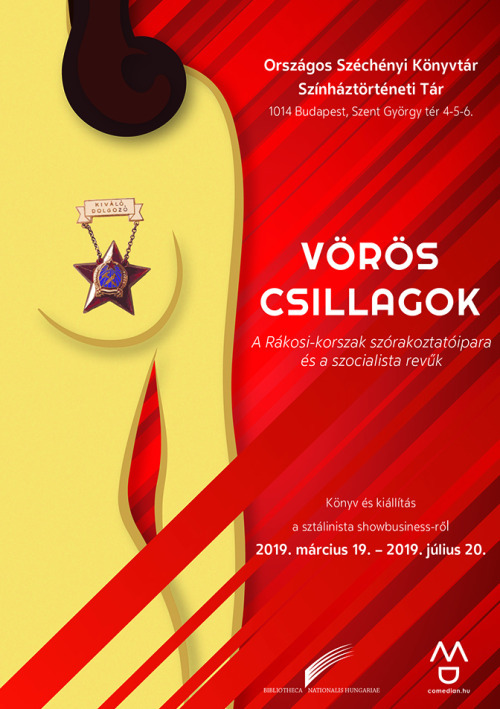 I curated my first exhibition in the Hungarian Museum of Trade and Tourism about the life and work of chorus girls in Budapest in the 1930s. The title is as an analogy to the phenomenon of the ‘unknown soldier’: we hardly know these heroines who were a regular of shows, longing for making their names and emerging from the background - while claiming their independence. 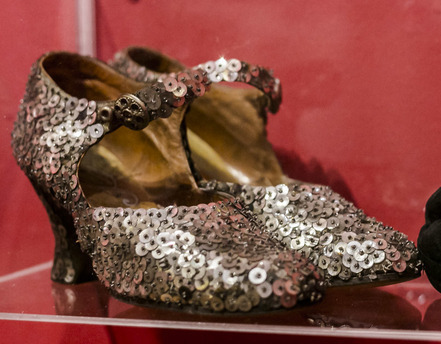 The famous Berlin nightlife of the 1920s was soon wiped out by the Nazis, which helped the emerge of the club culture of Budapest. The city was cheap, in the exotic Central Europe and in the Arizona and the Moulin Rouge clubs everything was allowed. The maharadja of Nepal, Sacha Guitry, Myrna Loy and many other stars and politicians of the era signed their guestbooks.

I designed a complete nightclub upon original models from the 1930s, so the audience can experience being a guest of a house; being a star on the stage and also being one of the chorus girls in the narrow and crowded dressing rooms. 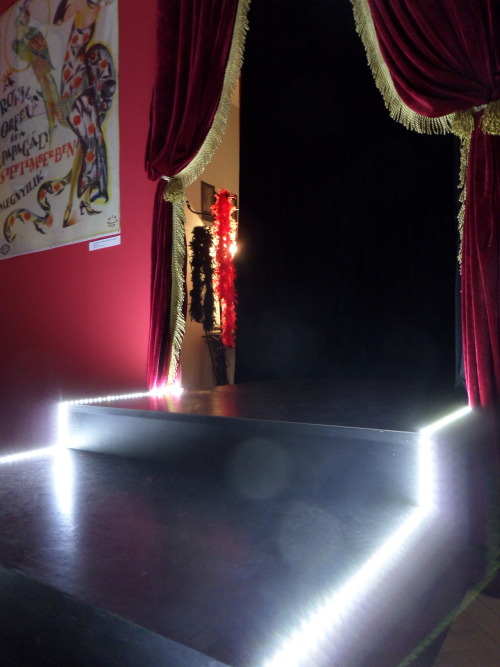 We had favoring reviews; I had 47 guided tours (which was unprecedented in the history of the museum for a temporary exhibition). I love to remember a certain visitor, who recognised her grandmother on a picture, unaware of the fact, that she was ever on stage. Because of its success, the management prolonged the exhibition for an extra month, and decided to launch it on a tour for regional museums. Contact them here.

I curated an exhibition about the former Moulin Rouge nightclub of Budapest - reopened as
Kálmán Imre Theatre by the Budapest Operetta Theatre. Its title, ‘Orpheum - Nightclub - Theatre: the history of 17 Nagymező street’ reflects the venue’s changes in time and also avoids the words ‘Moulin Rouge’, as the management required. 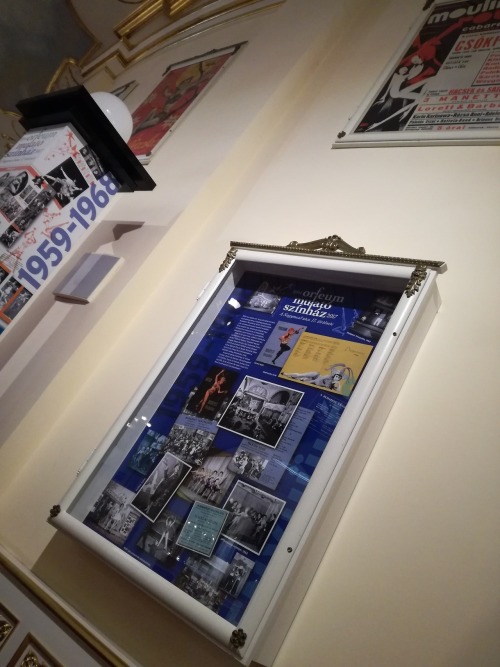 It was a particularly delicate and representative case, because the municipality of Budapest and even the government was involved in the reconstruction. The exhibition opened on 20 April 2017, and closed only when the management changed in 2019.

The history of the venue again had to be written from scratch. Presenting it was especally
tricky: not just because of the limited number of available iconography and objects, but to represent elderly stars to their satisfaction. My hands were tied about the space – still, we managed to put up a projection and a special area was dedicated Eric Vogel, the main designer of the club from 1931 until 1989. He was frequently sketching at one of the tables with whatever he found around, sometimes even using the nail polish of chorus girls.

The exhibition’s visual concept was designed by Part Stúdió - Orsolya Kara and György Kara, who were a pleasure to work with.

Red Stars - Showbusiness during Hungarian Stalinism and the socialist revues

What happened to nightlife and theatre entertainment after WWII? And to the unknown girls in the 1950s during the peak of Stalinism? In February 2019, I created an exhibition in the Hungarian National Library based on my book of the same title . 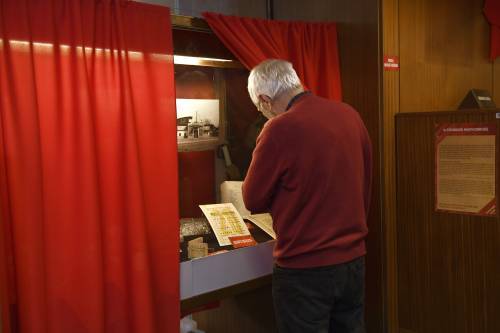 Since entertainment was covered with state propaganda, the audience had to make an effort (opening a drawer, pulling a curtain etc.) to actually see any of the exhibited material. We had to hang a sign on the curtains: ‘dare to look behind!’ – which reflects the sad state of contemporary Hungarian society and mentality. I attempted to use the space symbolically: I put the story of an actress, who was a state security agent into a huge catalogue drawer - implicating how many more of them could have been reporting during the years. (Their identity is still unknown due to political restrictions of researching the folders.) Politically denied actresses, who were banned from stage, were on the floor, staying ‘excluded’ from the exhibition walls and cabinets. Each poster reminded the audience how many talented stage professionals left the country forced by politics; if they stayed, Hungarian theatre history would look completely different. 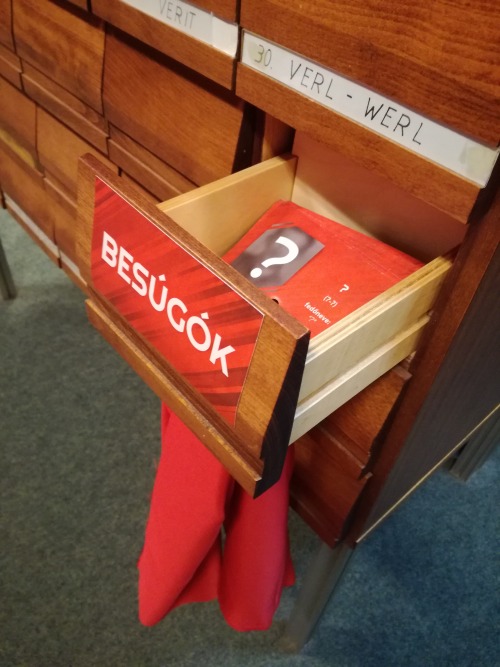 Although I had to deal with a space and infrastructure which was hardly suitable for an exhibition, the extraordinary enthusiasm of my colleagues in the library helped me to make it a hit on the news. The exhibition appeared on almost every major Hungarian radios and TV channels. Its depth and originality was also praised by index.hu, the former leading Hungarian news site. It was extended until October 2019 and concluded with a big finissage.